Exhibits at the Florida Keys Locations

There are many exhibits that included with your Florida Keys Swim with Dolphins Tours and Ticket. Here is a list of what you can get with your purchased program…. 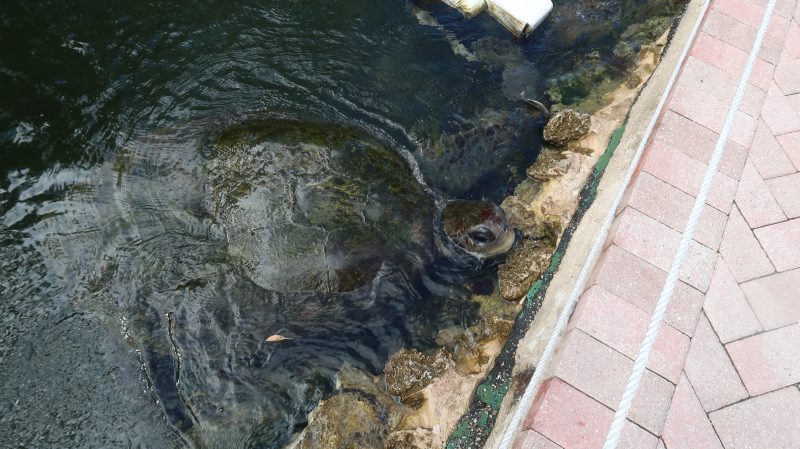 Many Sea Turtles to See

Sport & Game Fish
The Florida Keys Dolphin Facility displays a variety of sport and game fish that are native to the Florida Keys, including tarpon, bonefish, redfish, snook, snapper, grouper, jacks and sheepshead. Learn more about these fish as they are fed and discussed on the Guided Marine Life Tour.

Crocodilians
The Florida Keys Dolphin Facility is home to two American alligators (Alligator mississipiensis) and one Cuban-American crocodile (Crocodylus acutus). You can learn about the differences between crocodiles and alligators and have the opportunity to observe a training session during the Guided Marine Life Tour.

Iguana
Iguanas are an invasive species in the Florida Keys. They’re believed to be the result of intentional release into the wild and have proliferated over the past decade. The Florida Keys Dolphin Facility displays an adult male Green iguana that was donated to the park by a responsible pet owner.

Birds of Prey
The Florida Keys Dolphin Facility is home to a Great Horned Owl (Bubo virginianus) that was deemed non-releasable due to human imprinting. You can learn more about their exceptional eye sight, silent stealth, and interesting facts during the Guided Marine Life Tour.

Parrots
The Florida Keys Dolphin Facility houses a wide variety of parrot species found around the world, from large macaws and cockatoos to smaller Amazon and African grey parrots. Many of the parrots have been donated by private owners seeking permanent placement for these loud and long-lived pets. 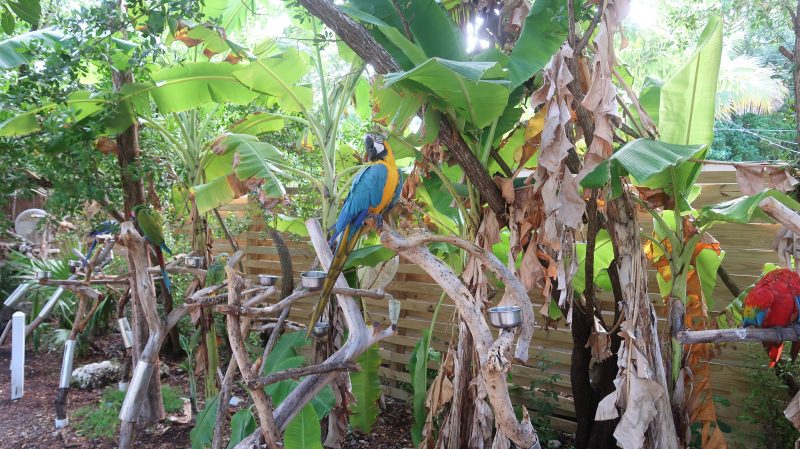 Nature Tour
The Florida Keys Dolphin Facility takes guests through mangrove islands across a raised walkway to our lagoon-side beach, providing educational information about mangrove communities and their significance to the Florida Keys.

Lagoon Beach
General admission to the park includes access to our private lagoon-side beach where guests can relax, sunbathe, swim, and snorkel with tropical fish. Freshwater showers, changing rooms, and lockers are available for use, snorkel equipment and towels can be rented, and snacks can be purchased. No lifeguard is on duty. The beach is open daily from 11am-4pm.

To View Video of the Florida Keys Beach Click Here

This should give you great overview of all the exhibits here in the Florida Keys.

Birds Sharks Things to do Turtles

We have been involved with the Dolphin Swims and Dolphin Encounters in the Florida Keys since 1995. We are responsive to your needs and will make sure to give the best dolphin experience for you and your family and your friends. Once we have the dates of travel and if you are bringing children, we can quickly see if we can make your dream come true to Swim or Wade with the Dolphins in the Florida Keys. Please make your plans early because spaces are very limited!